Marsalforn is an old fishing community which has evolved into Gozo’s main summer destination. Up to the 17th century, this was the principal seaport of Gozo. A scenic promenade leads to Xwejni where a number of saltpans are still in use. Around 3 kilometres of honeycomb-like salt pans cover this side of the island. The area is known as Xwejni, translatable as the ‘little galley’.

Today, some portions of this ‘salt garden’ are still in use, actively run by Gozitan families. In the past, hundreds of families on the Maltese Islands worked in the salt industry production. Salt was crucial for the preservation of foodstuffs such as meat, ?sh, vegetables and cheese, besides being a profitable source of income and in high demand. Salt was also used in leather-crafting to speed up the drying process of animal skins. Different methods of salt-production exist. In Malta, producers adopted what is known as the ‘solar salt method’ which is entirely dependent on the sun, wind and the evaporation of sea water. It involves filling shallow rock- cut pans along the coast with seawater, waiting for the water to evaporate and before the salt pan dries up, it is swept, collected and carried in buckets to nearby caves where it is left to dry out. Some of the pans are identified through names as ‘the long one’, ‘the broken one’ or ‘the cross’. This coastline has been exploited for salt-panning since medieval times. The irregular kidney-shaped pans are natural formations that date to the medieval period, whereas the square-shaped salt pans that are either carved in the rock or shaped with stones were largely created in the 18th century.

Harvesting, weather-permitting, is usually practised once a week, between May and September. One litre of seawater produces about 35 gms of salt. The work is labour intensive and nowadays not very profitable. Industrialisation was a death blow for many salt producers in the Mediterranean. Today, such rocky surroundings mostly offer scenic pictures and bear witness to a bygone age — past memories when salt was looked upon as the treasure of the ancient world, adopted as a highly-valued commodity and convenient substitute for currency. 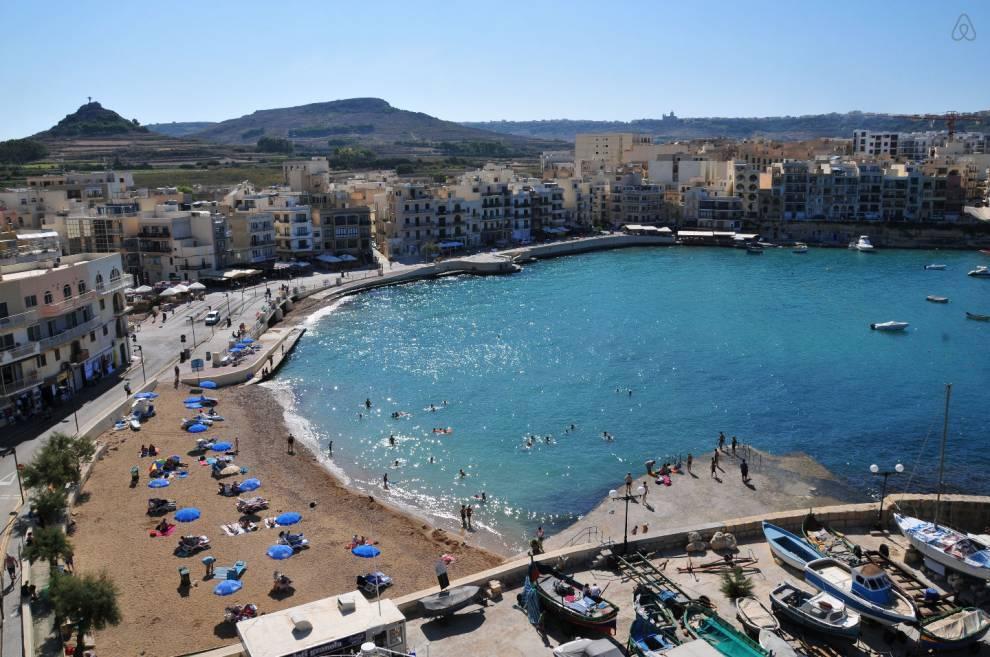