Hondoq ir-Rummien, the coastline below the village of Qala is dotted with traditional salt pans, some of which are still actively used to harvest salt throughout the summer months. On this coast is a small cove, Hondoq ir-Rummien which is used by snorkelers because of its deep and clear water and the small caves at water level. Access to the sea is from bathing ladders. The cove has a view of Comino. There is also a small white sand beach sheltered by a small promontory on the southwest side.

Hondoq ir-Rummien, a coastal area and bay in Qala Gozo, is one of the few remaining tracts of open countryside left in the Maltese Islands. The sea in this area has some of the cleanest, clearest water in all of Malta and Gozo, attracting locals and divers alike.The area is also a habitat for dwindling communities of rare plants.

At Hondoq-ir-Rummien there still is the sea-water distillation plant, which was constructed there in the 1960s against the will of Gozitans and at significant expense by the then Nationalist Government. The plant was never finished due to a change in Government in 1971, and has remained in total disuse ever since. 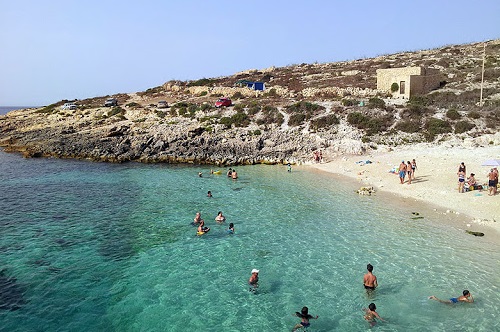 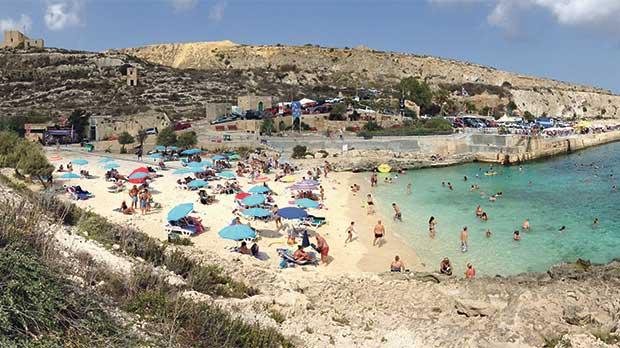