On the occasion of Queen Victoria’s Golden Jubilee celebrated in 1887, the civil authorities in Gozo, led by Bishop Pietro Pace, sought and obtained the privilege to raise the township of their capital Rabat, to assume the official status of a city, concurrently obtaining Royal consent and permission from the British authorities to name the city in honour of Queen Victoria. The citadel overlooking Victoria sits on a hill in the centre of the island. Punic remains unearthed outside its walls indicate that the site has been occupied for at least 2,200 years. The latter-day city walls are largely 17th century fortifications that replaced outdated medieval walls. Close to the steps leading to the citadel you will ?nd a visitors’ centre, bronze age silos, a 19th century aqueduct commemorative obelisk, and a modern monument recalling the 1551 tragedy when a Barbary-Ottoman invasion ransacked the entire island, enslaving no less than 5,000 inhabitants. The original entrance to the citadel lies near St Michael Bastions.

Embedded in the wall by the left-hand of the gateway, a Roman inscription commemorates a statue to a certain Marco Vallio, erected by the people of Gozo around 150 CE. On the right stands a typical Gozitan house with a charming stone-carved balcony, currently housing Gozo’s archaeological museum. It houses a variety of ancient artefacts dating from the Neolithic age to the medieval Christian era. Turn left into Cathedral Square where a ?ight of steps leads up to Gozo’s Cathedral dedicated to the Assumption of Mary. Here you will ?nd two bronze statues representing Pope Pius IX, who founded the diocese of Gozo in 1864, and Pope John Paul II who visited the island in 1990. The cathedral was rebuilt in the early 18th century on the site of an older church and a Roman Temple. The cathedral is famous for a dome that does not exist! What strikes the visitor on entering the church is a painted dome in perspective — an optical illusion depicting an imaginary dome. The perfectly executed work, from the brush of Sicilian artist Antonio Manuele, was completed in 1739.

On the west side of Cathedral Square, we find the 17th century Governor’s palace, seat of the Knights of St John’s administrative authority, currently housing the island’s Courts of Justice. A public prison, also used by the Knights, still survives on the extreme left corner of the square. The old prisons are open to visitors and may observe graffiti on the walls scribbled by prisoners. A superb 360-degree view of the island of Gozo awaits you on the upper reaches of the city walls. As you make your way uphill you will notice that with the exception of a few museums and shops, most of the citadel lies in ruins — reputedly the consequence of the 1693 earthquake. Today, only a handful of people still inhabit within the citadel walls. 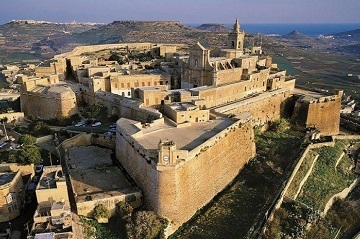 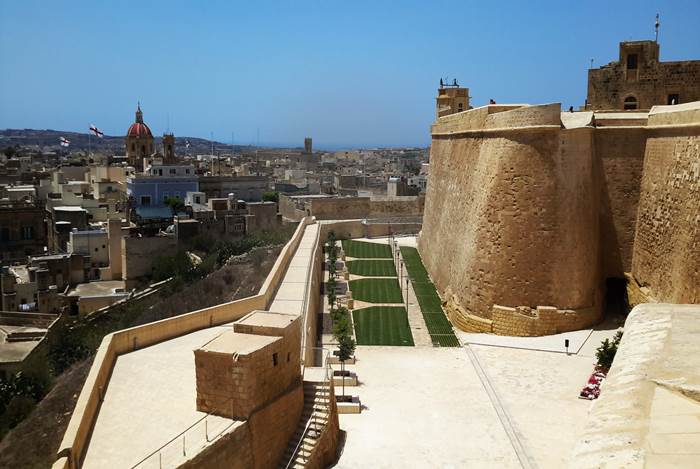 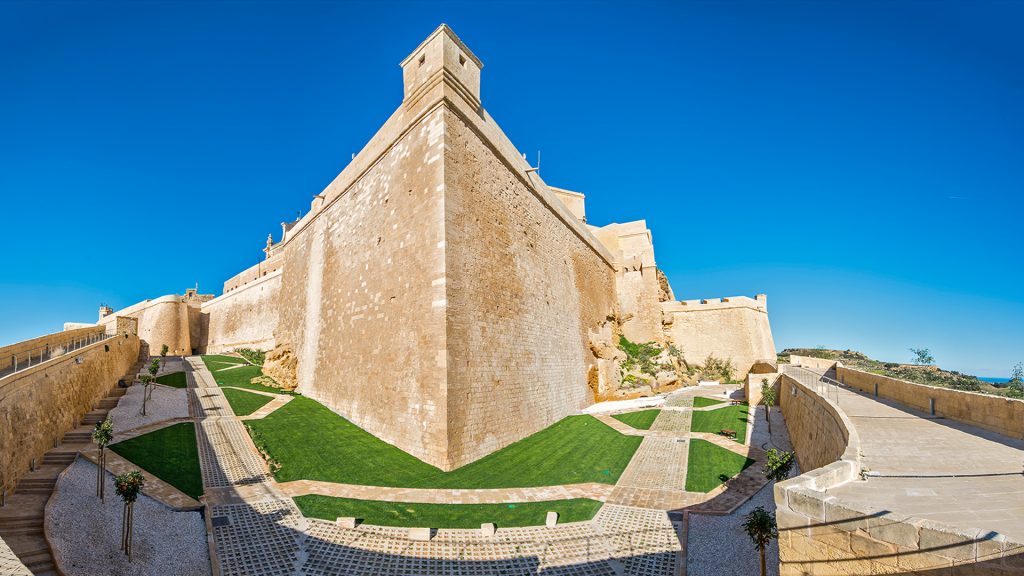