Dwejra Bay is situated on the western coast of Gozo. It offers amazing geological features that include steep cliffs and unusual rock formations. Dwejra is also renowned for its maritime elements consisting of under-water caves and submerged structures created through time by erosion and seismic activity. On the far left-hand side you will see the Fungus Rock, a 60-meter-high rock otherwise known as ‘The General’s Rock’. Both names are linked to a story of the discovery of a medicinal plant by a Captain-General of the Knights’ galleys in 1637. The fungus is a parasitic plant technically called Cynomorium Coccineum. It grows around 18cms high and thrives between December and April. It was formerly used for dressing wounds and treating ulcers, dysentery, and other maladies. From 1746 access to the rock was prohibited. Trespassers incurred a penalty and condemned to 3 years rowing on galley benches of the Order’s navy. The only way to cross the 50- metre gap was by means of a suspended basket drawn by pulleys along two strong ropes.

The plant still grows profusely on the rock and used in herbal medicines, though science has not yet confirmed its medicinal properties. Dwejra Tower was built in 1652, guarding both the Fungus Rock and the bay from enemy landings. It once formed part of the coastal defences of the island. On the opposite ?ank, the small chapel overlooking the carpark is a dedicated to St Anne. Anne was the grandmother of Jesus Christ and patron saint of mothers and grandmothers. Erected in 1963, this was the last wayside chapel built on Gozo. To the left of the chapel was the site of the iconic Azure Window — a gigantic, limestone ‘window’ aperture projecting from the cliff- face that collapsed during a gale storm on 8 March 2017.

Its spectacular prominence attracted many ?lm producers and was featured in many ?lms including Clash of the Titans and The Count of Monte Cristo. It also provided the backdrop for the Dothraki wedding in the very ?rst episode of Game of Thrones. Close to the spot where the ‘Azure Window’ stood we see a spectacular dive site known as the ‘Blue Hole’; a unique underwater, 15- metre deep sink-hole accessible through a shallow water shelf. To the right of the chapel there is a sea-water lagoon called the Inland Sea. Boat rides are offered by boatmen who will sail through a ?ssure in the rocks to emerge in the open sea. The crater-shaped lagoon was formed when the roof of a subterranean cavity in the rocks collapsed. 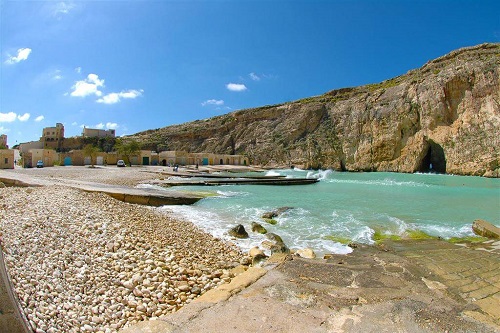 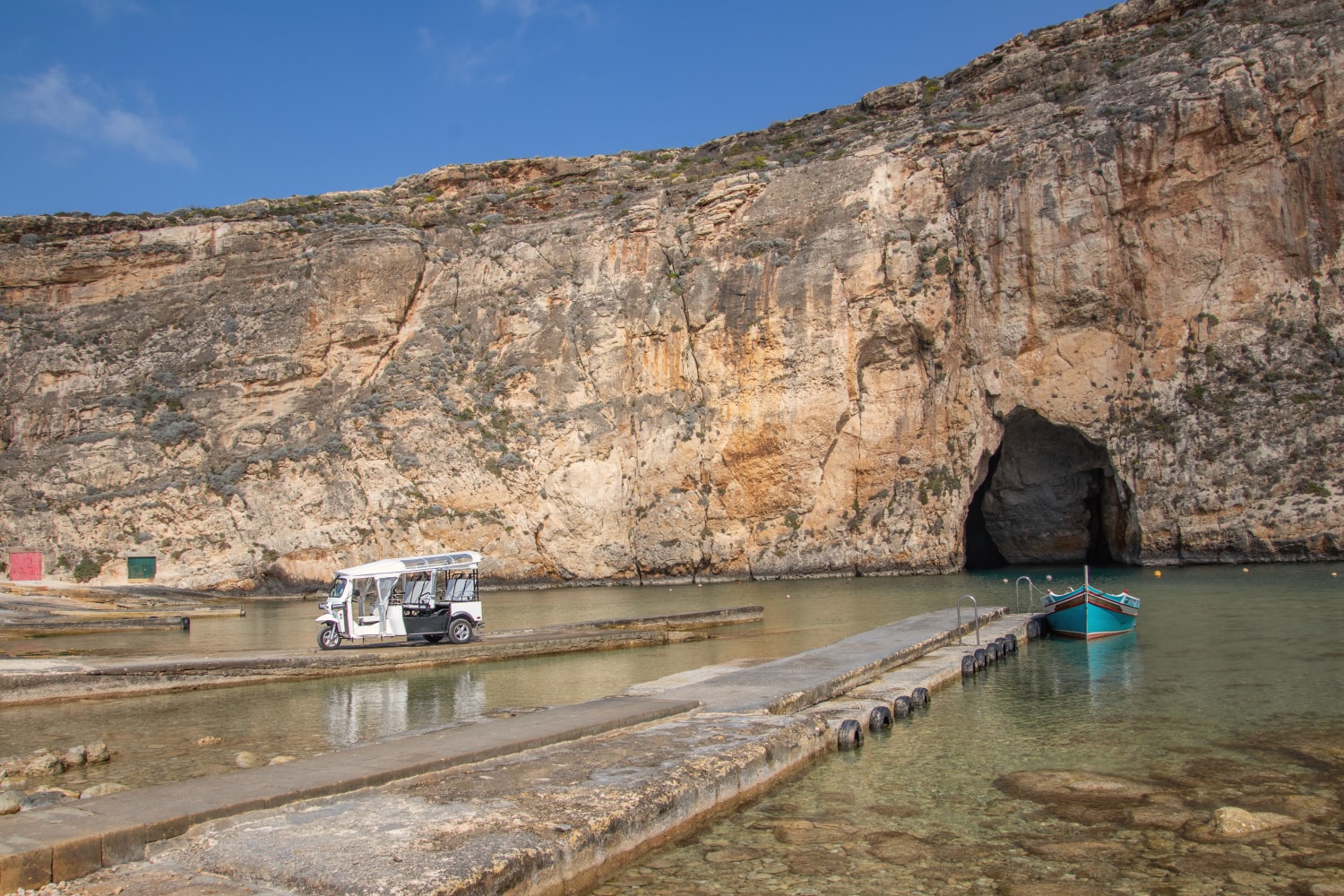