Nadur, with its imposing houses, is the largest of Gozo’s village settlements after the city of Victoria. Once a woodland, Nadur was a hunting ground throughout the 17th and 18th centuries. It was also the venue for the traditional feast of St Peter and St Paul, to whom the parish church is dedicated. On the eve of 29 June, people gathered in the locality to celebrate the end of the harvesting season; a festival venue for the enjoyment of food, wine, music and dance.

The Kenuna Tower is a semaphore tower also known as a relay station or optical telegraph tower. It is situated on the eastem side of the island, by the village of Nadur, on a hill 130 metres above sea level. The tower was erected in 1848, and is the only one of its kind on the island of Gozo. It formed part of a group of three semaphore towers built by the British on the Maltese Islands. The other two are on the main island, Malta. Semaphore towers were mamied by Royal Navy engineers and were used to transmit textual information using pivoted indicator arms on the top of the building.

The system was invented in France at the end of the 18th century to replace post riders employed for despatch of messages over a long distance, a precursor of Email, that was wireless and did not require electricity. 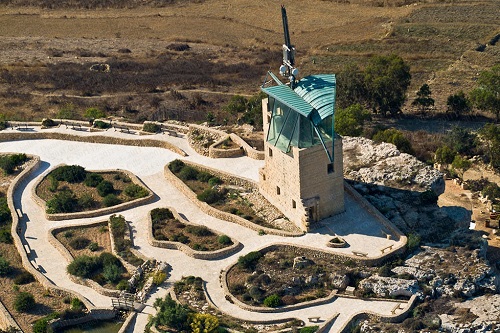 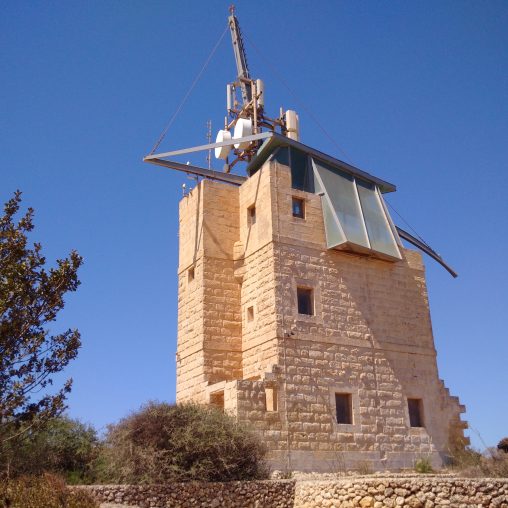