Lunzjata Valley is situated in between Fontana and Kercem. This fertile valley has a rich heritage dating back to the time of the Knights of the Order of St John, and is now frequented by local farmers who tend to their crops day in, day out. A stunning feature that humbly rests in Lunzjata is the quaint chapel that is partly dug out of the rock, and holds a mere 20 people at full capacity. Built in the early 16th century, this chapel is one of the oldest on the island, and welcomes an older generation for religious services.

Chapels like the one in Lunzjata were built to serve local farmers and those who voyaged through the area; giving them access to a place of worship while they were on the job or making their way home from neighbouring villages. The lifestyle in Gozo is still very much focused around the church, so expect to see the locals perched upon the parvis, listening attentively to the sermon of the day. The interior of the chapel is covered in red damask drapes and is home to a pleasant Annunciation painting. Much like most of the uninhabited areas of Malta and Gozo; carob trees are among the most visible trees in the valley, but the nourished soil of Lunzjata allows farmers to grow and harvest crops such as lettuce and other green leaves together with the standard onions, potatoes and capsicums. On higher grounds, a vast array of cereal crops can be found; mostly used to feed the livestock that fertilise the fields in the area.

Another architectural feature found in Lunzjata Valley is the 17th century fountain that is protected by Din l-Art Helwa, a local organisation devoted to the safeguarding of national treasures. The fountain was built by Ercole Martino Testeferrate under the commission of Grand Master Ramon Perellos y Roccaful in 1698 and boasts a stunning feature. The mouth of the fountain pours out water drawn from the fresh water spring running through the rocks of Lunzjata and does so in a generous and plentiful manner. Generated through the Xlendi Valley; this fresh water not only finds its roots in Lunzjata but can also be traced to Ghajn Tuta in Kercem, a spot frequented by Gozitans who make use of this natural source and collect the cool, crystal clear water for their own personal use. Lunzjata is a haven of purity; with greenery, fresh water, architectural worth and a quiet spot to sit and appreciate all that’s around you. Heading to this untainted location will not only give you serenity and peace of mind, but you are more than likely to head home with some fresh produce, hand picked by a local farmer himself! 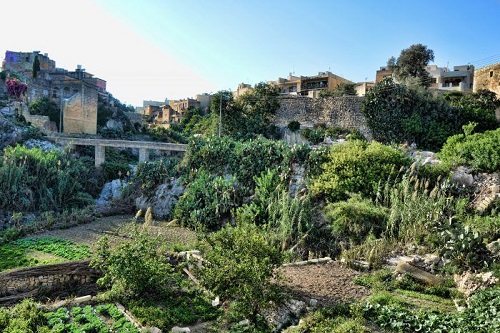 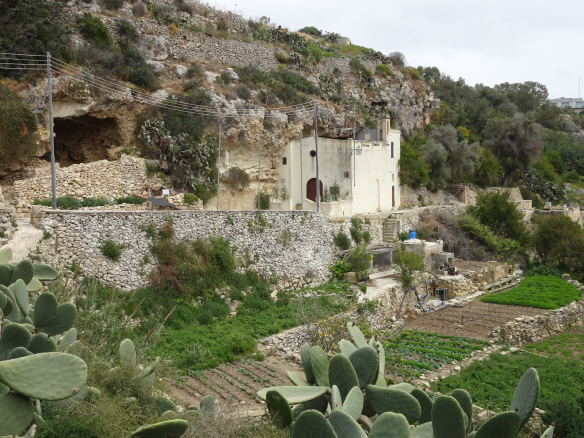