Calypso Cave is located in a cliff just off Xaghra; overlooking Gozo’s most sought-after sandy beach, Ramla Bay. This site is thought to be the same cave Homer mentioned in `The Odyssey' where Calypso, the beautiful nymph, kept Odysseus as a `prisoner of love' for seven years.

Calypso had promised him immortality if he stayed with her, but he escaped when he could, and returned to his wife Penelope. It is presumed that the cave is a complex labyrinth, extending down to sea level at some points, however, stone boulders block the way a few metres inwards.

The cave's interior and exterior are not too impressive but the magnificent views over Ramla Bay and the valley make the visit all worth it.

On the shore below Calypso Cave one can also observe the remains of the Marsalforn tower, a fortification built by the Knights of Malta in the early-eighteenth century to protect against sea-ward attacks. 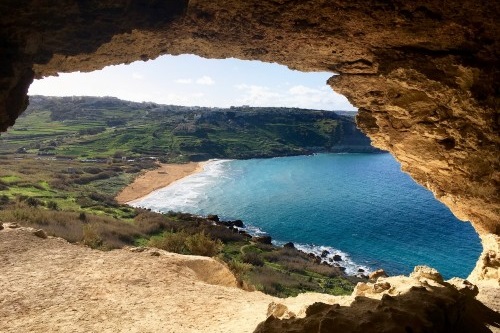 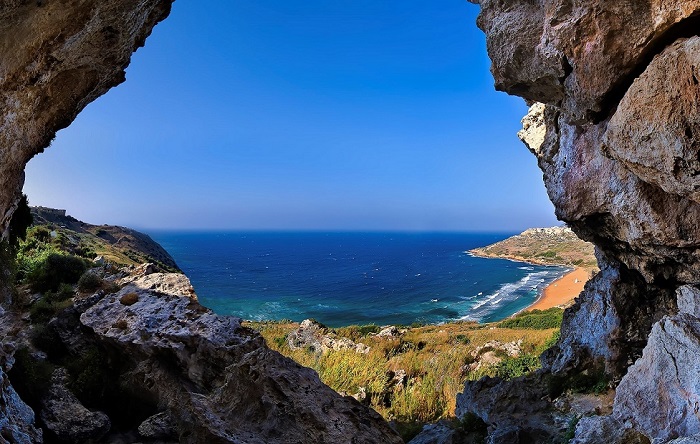